The month of April, the fourth month of the Gregorian calendar has 30 days. The word April comes from the Latin Aprilis. Still, the origin is uncertain: the traditional etymology comes from the verb aperire (to open), but April may come from the goddess Venus (Aphrodite in Greece), whose Roman month would have been Aphrilis.

April is known for the lovely sunny weather, the start of spring and right about the time when the Easter bunny arrives! April encourages us to reflect on a basic value: the family.

In April, many fruit trees see their buds blossom. Among them, we can note the plum tree or the cherry tree, whose beautiful white flowers adorn all gardens until the beginning of the following month. The cherry blossom, in the form of small bouquets, announces the beginning of spring.

In Japan, where the tree, called "sakura", is mainly cultivated as an ornamental plant, the flowers are a strong symbol and mark the beginning of the school year for all school children.

People usually clean their houses in the spring and mow their gardens. The first day of April starts with April fool's day. April is the time to increase confidence, to appreciate nature, to be grateful, to be cheerful and to enhance communication abilities. 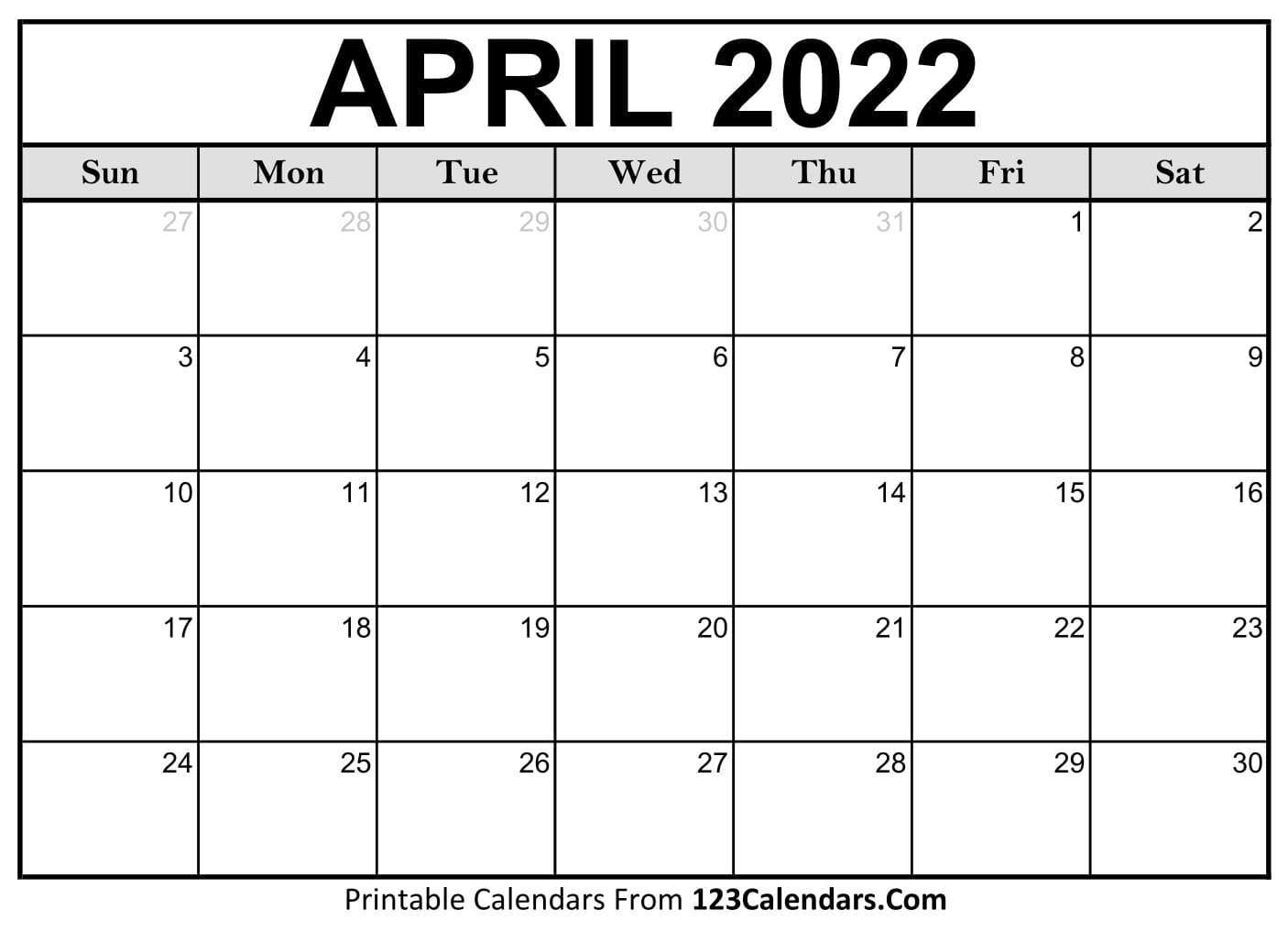 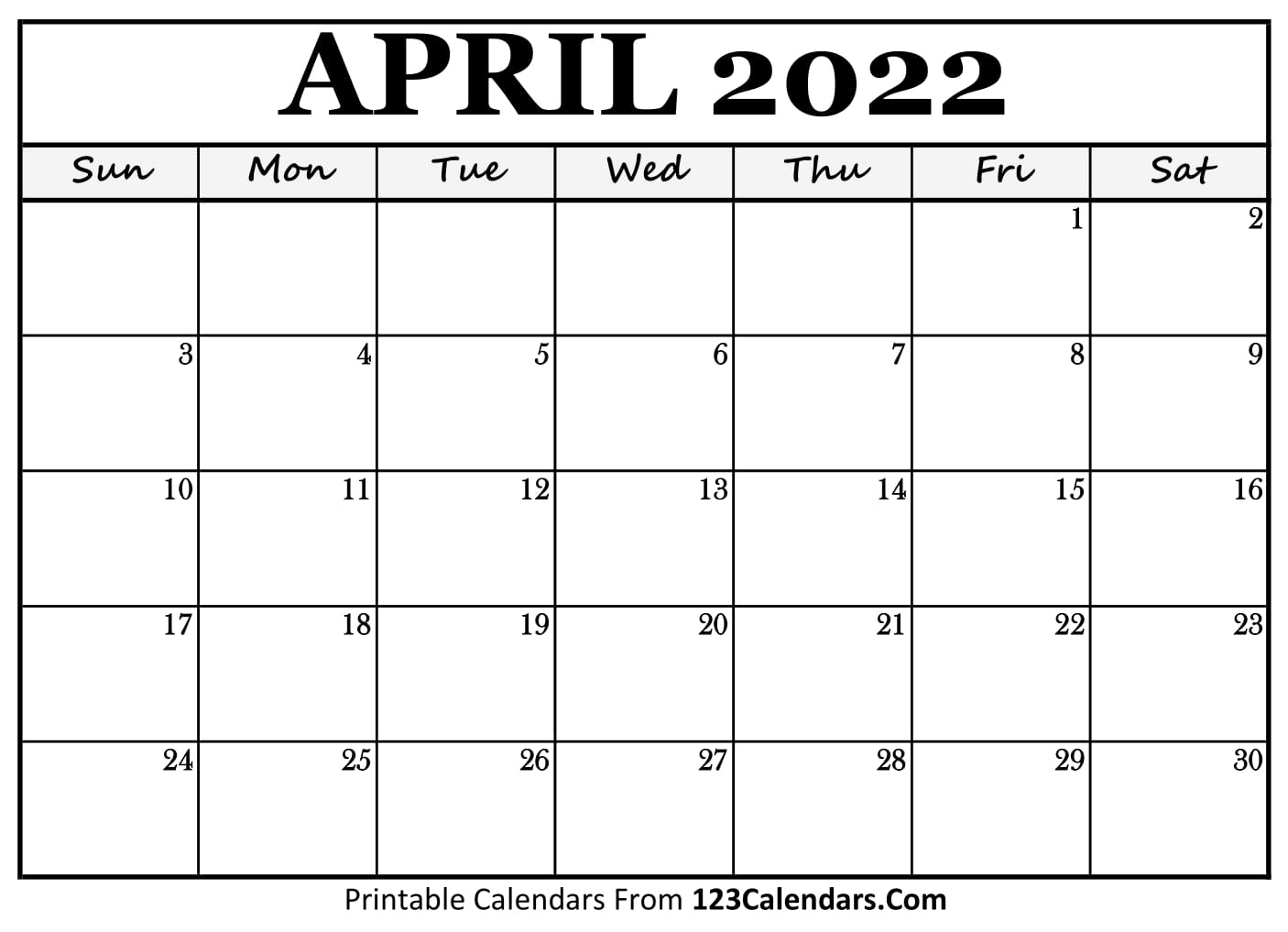 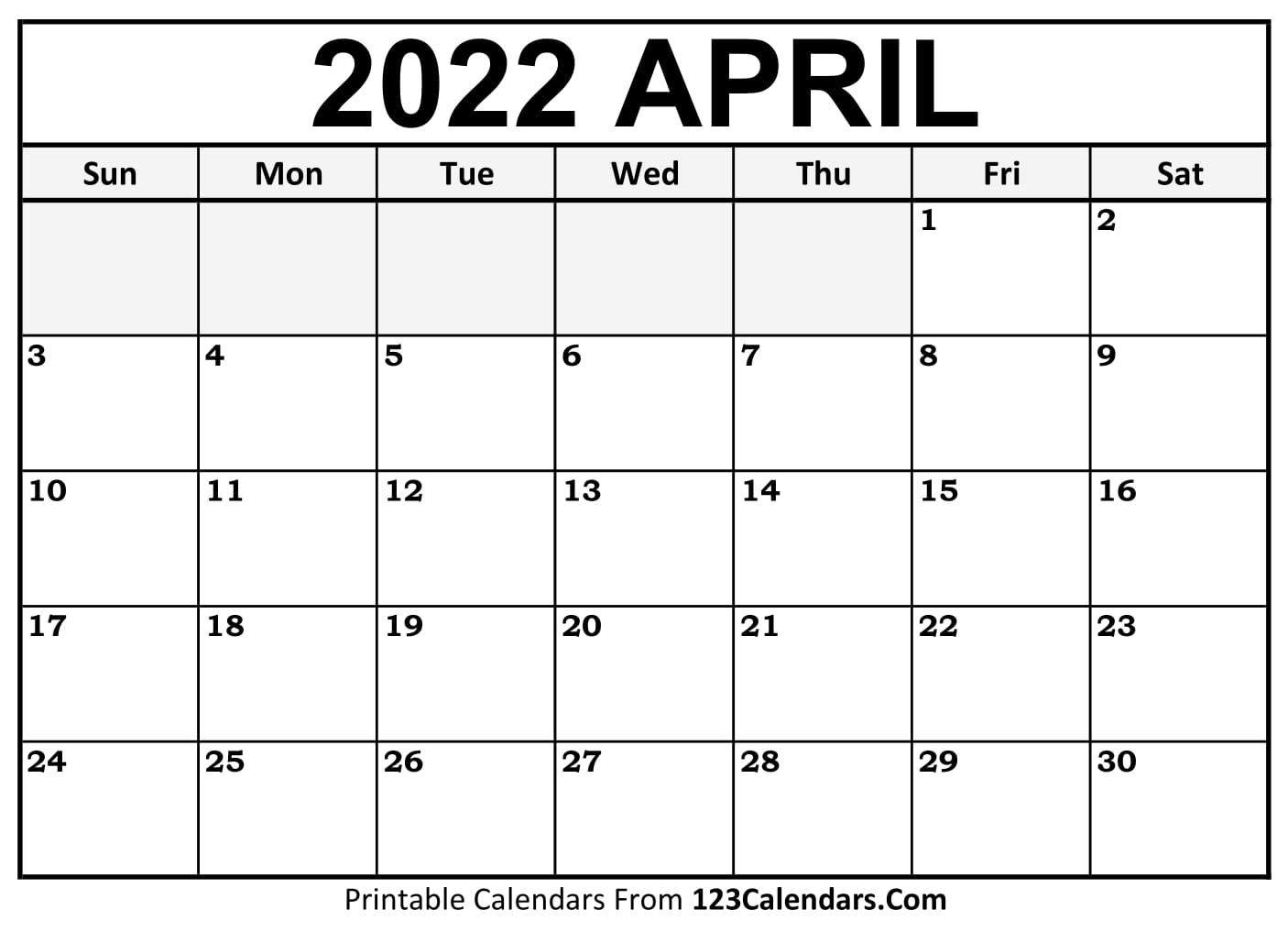 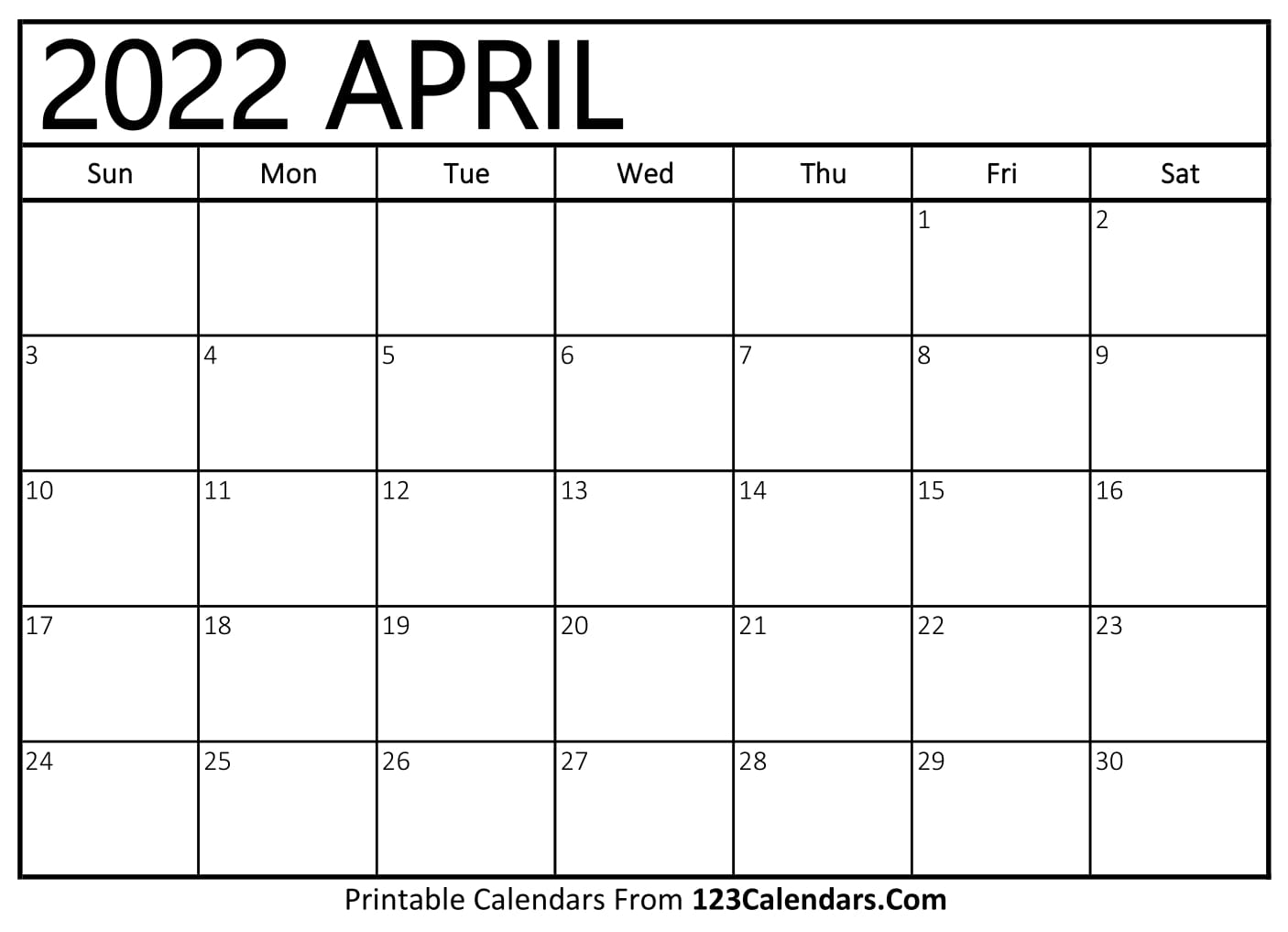 Enjoy the benefits of this feeling of happiness and get a blank April 2022 Calendar so you can feel inspired and motivated by setting yourself daily goals. April calendar template encourages you to customize your event, excursion, invitation schedule and plan your time as you like.

What are the special days in April 2022?

According to a legend, April Fools' Fools' Day is said to have originated in 16th century France, when the year began on April 1. In 1564, King Charles IX decided that the year would no longer start on that date, but on January 1, as it does today. Consequently, this change of date also affected the day on which gifts were given to celebrate the New Year.

Some people had difficulty adjusting to the change or simply did not know that the date of the New Year had changed, so many individuals continued to exchange gifts on April 1. To make fun of them, others took the opportunity to give them fake gifts and play tricks on them.

How to Celebrate April Fool's Day?

April Fools' Day is celebrated throughout the Western world. Traditions include sending someone looking for items that don't exist, making phone jokes or playing pranks. In Belgium, the April Fools' tradition also remains very much alive. Young people in schools tie a paper fish behind the backs of their classmates, their parents, their teachers. The press that day disseminates false but credible information.

April represents nature's renewal, the return of migratory birds, positive energy and fragrance. It is also the season of love among birds and for everyone, a particularly euphoric period. The sun acts as a powerful antidepressant, and its return contributes to our morale! Get a useful April 2022 calendar and plan your social activities during this beautiful month.

You can download the blank calendar for free so that you can use it at once. People who want to customize the calendar are free to do it.