August is a season where summer days start becoming shorter and cooler. Although the days start getting cooler, it is still far too hot to be stuck in jam-packed city buildings surrounded by people. The climate is far more suited to being at the ocean or simply enjoying a good book under a tree. August 2021 Calendar is also the month where most schools go on a summer break, and for this reason, it is one of the busiest periods for the tourism industry. Being the last month of summer, it is definitely a month that you want to take advantage of before the cold winter winds roll in. Thus, if you are looking for an August calendar, here is one for you. 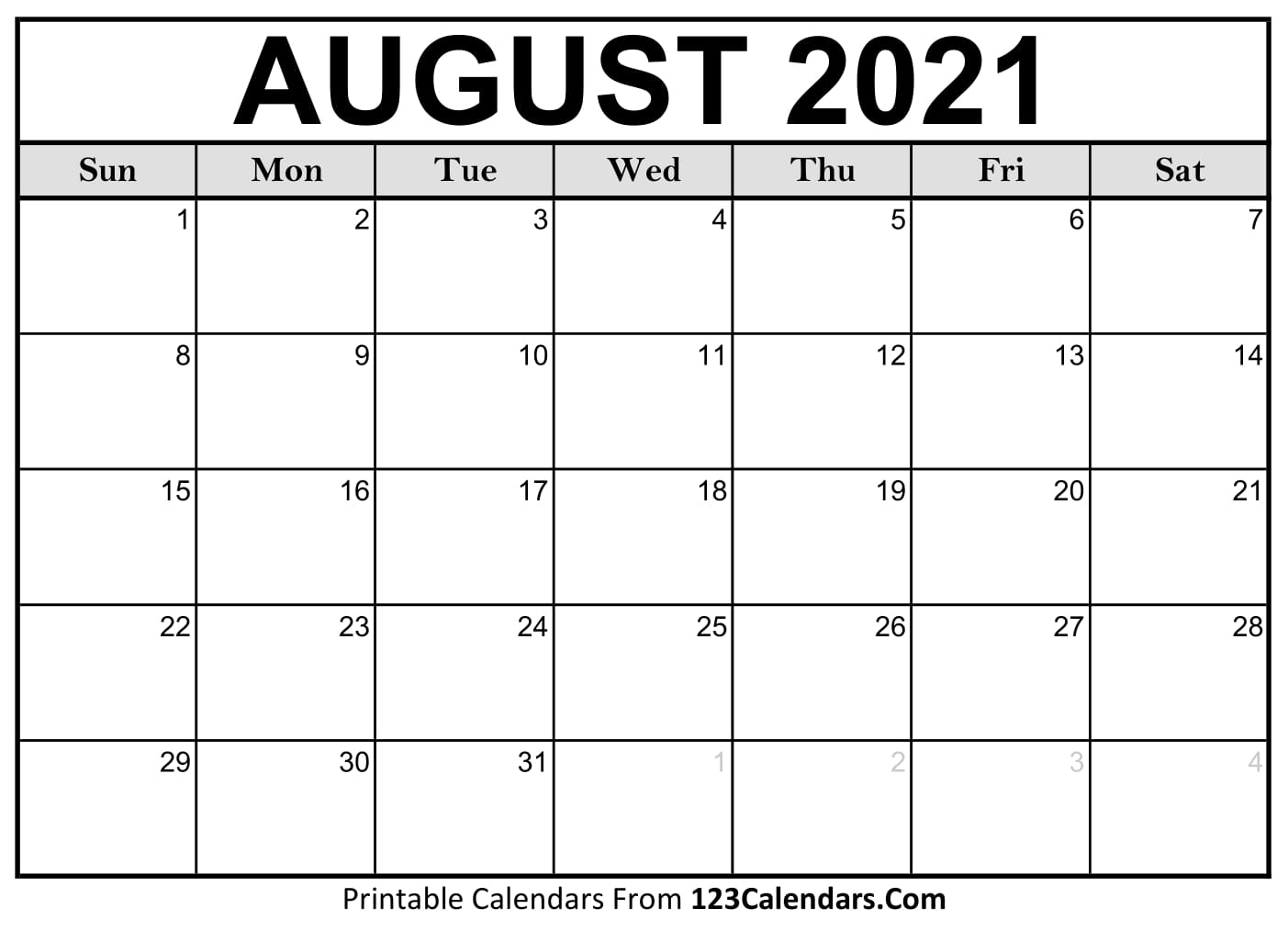 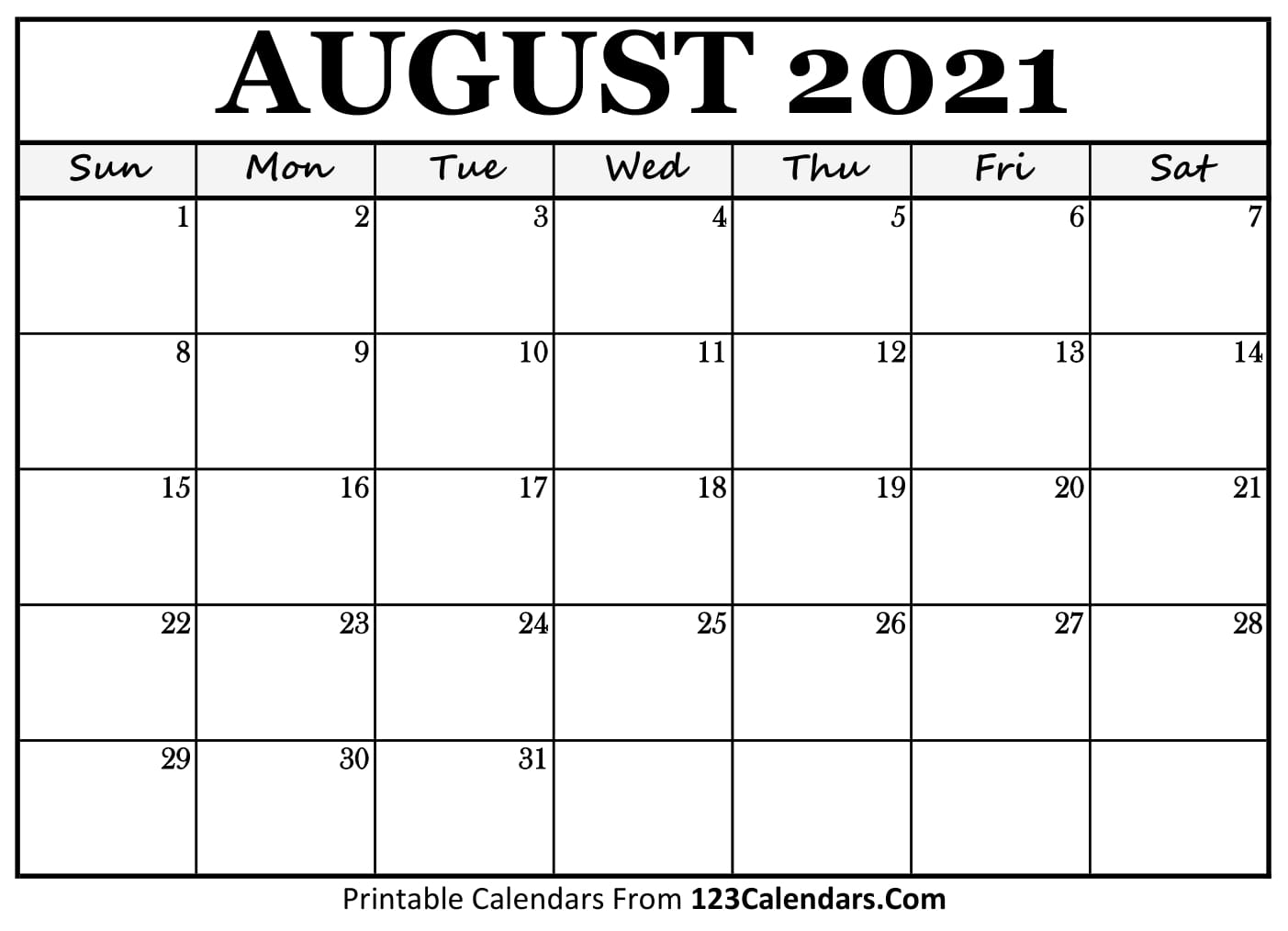 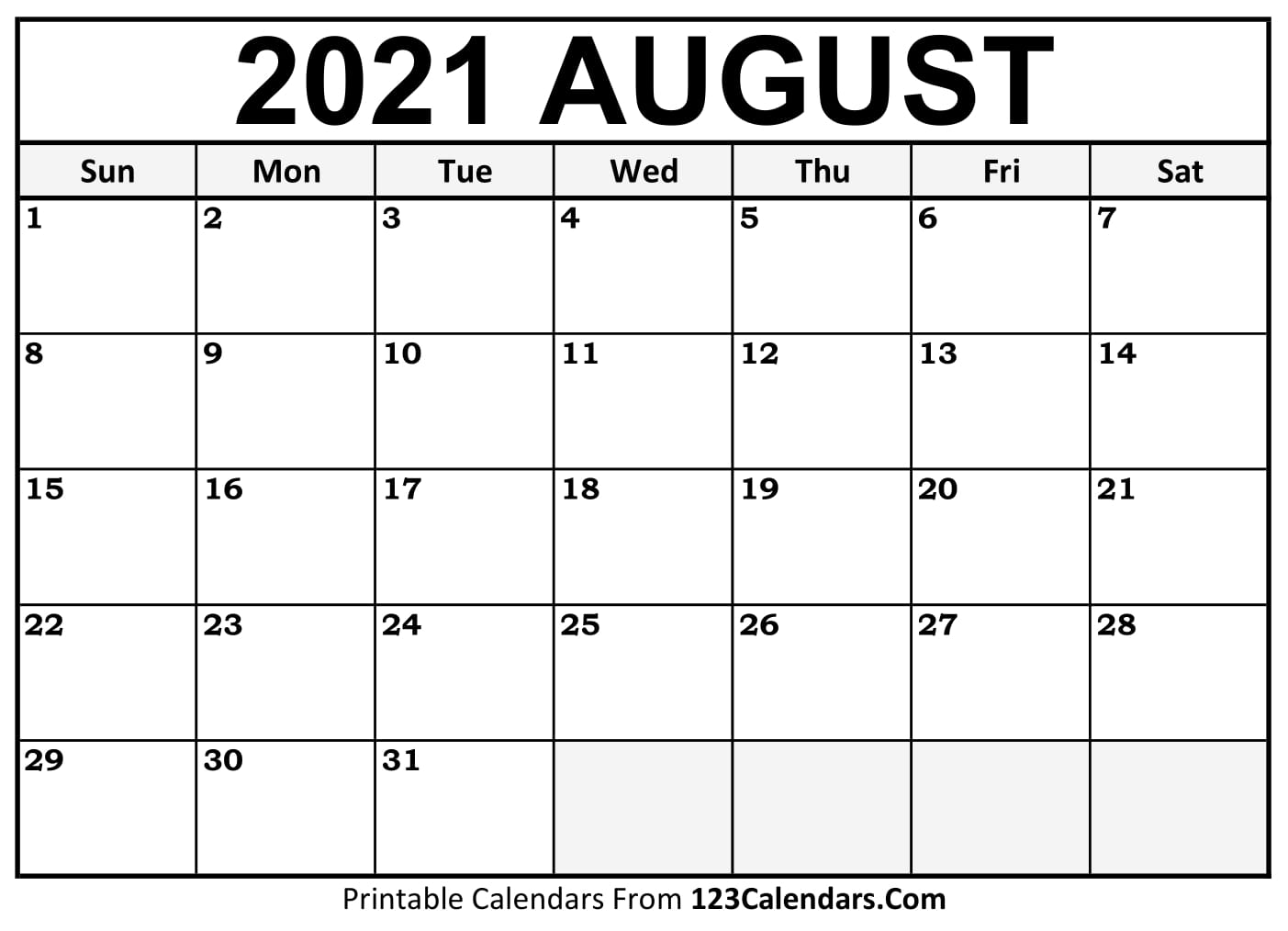 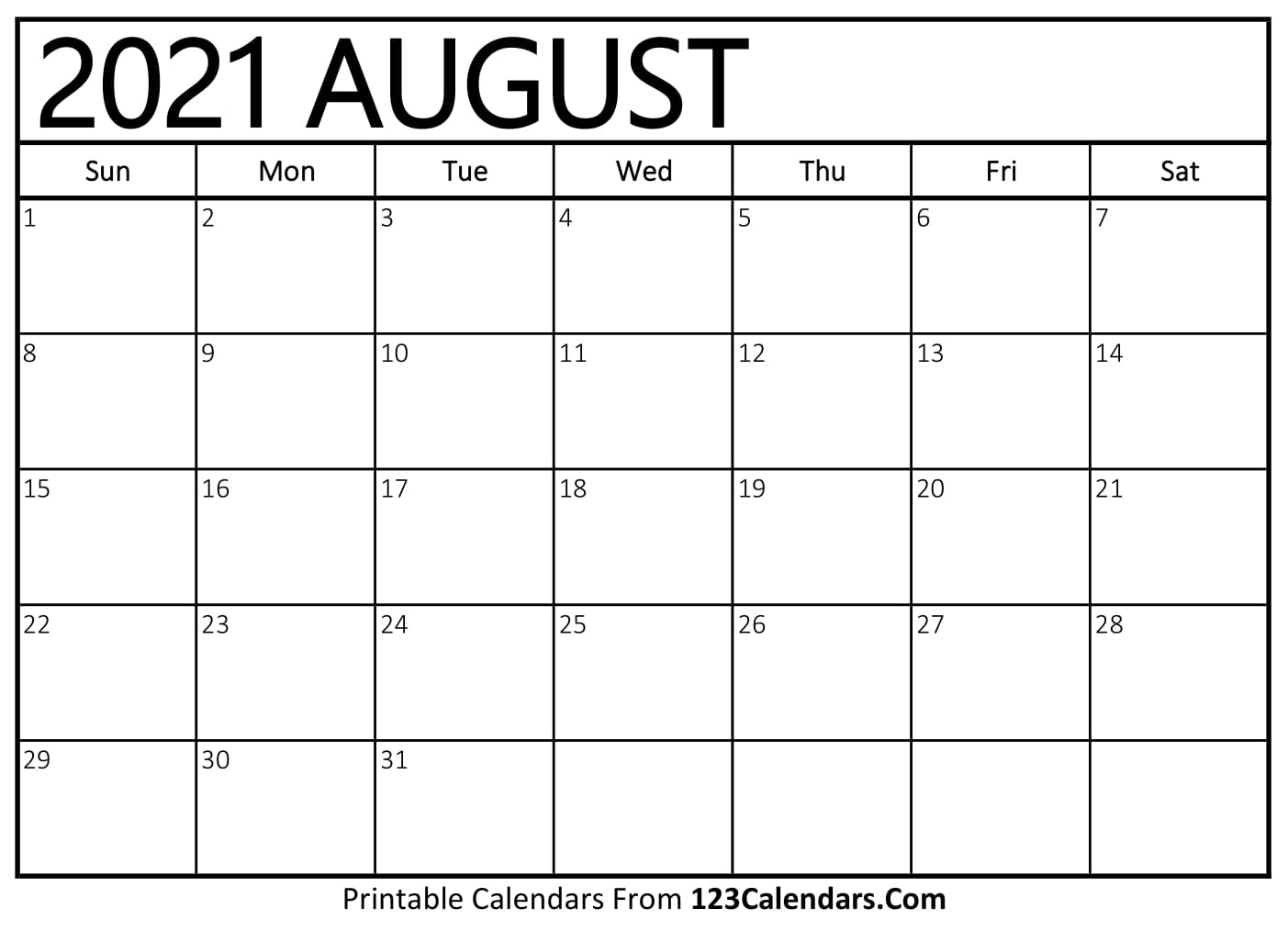 In our printable August 2021 calendar, you’ll find the 31 days of the month have been provided for you with ample space for you to jot down any important notes or obligations you may have. By downloading the map with a pdf reading software, you are able to make changes to the calendar before you even print it, making it that much more convenient. Therefore, go ahead and download the August 2021 calendar and edit it to your heart’s content before printing it out and putting it up.

A Bit About August

In the present-day Gregorian calendar, August is the eighth of twelve months. It's interesting to note that month of August was the sixth rather than the eighth month in previous versions of the calendar. This was due to the months January and February not existing, and March being the first month of the year.

August is actually the only month that contains no national holidays. On a side note, the 3 rd of August is informally known as National Watermelon Day, giving the fruit the day it deserves. The month is also home to two zodiac signs; these signs are the Leo and Virgo signs. A Leo is anyone who is born between the 23 rd of July and the 22 nd of August, whereas a Virgo is someone born between the 23 rd of August and the 22 nd of September.

There are also two birthstones associated with the month, being the Peridot and Onyx. The peridot is a beautiful stone with a transparent green color and has been known to be found in meteorites and lave originating from Hawaiian volcanoes. The stones have often been used to symbolize the strength of an individual.

The Onyx stone is very different from the peridot and is an opaque black stone. Many people use Onyx in stressful situations as the stones are believed to have properties that can transform negative energy into its positive counterpart.

Finally, August has two official flowers, namely the poppy and gladiolus. Poppies are known to be a symbol of peace due to opium being extracted from the flower, which is known to induce a calm sleep.

On the other hand, Gladiolus flowers are often referred to as sword lilies as they are known to bloom in tall, vertical clusters. Similar to the peridot, the flowers have been known to symbolize strength and grow in a variety of colors.

The name of August was known as Sextilis in the Julian calendar. Because "Sextilis" meant sixth in the Roman language. Before January and February were added to the calendar, August was on the calendar as the sixth month of the year. Its’ name was later renamed Augustus in honor of Caesar Augustus, Rome's first emperor.