July came from Julius Caesar, a famous Roman General. It’s the 7th month on the Julian and Gregorian calendars. Also, it’s the coldest month in the Southern Hemisphere. Independence Day is celebrated in July. You can take note of this holiday and more using a July 2020 Calendar. The calendar offers you a great way to organize your schedules and tasks.

The printable calendar is ideal for homeowners and office people. They can keep track of the important events in this month. Homeowners can finish their daily tasks on time by using the July calendar. They can also plan upcoming tasks that the family needs. For offices, the printable calendar is a great way to check for upcoming schedules and more.

The July calendar gives you a great way to make your life easy. You can download it for free. It’s easy, right? You can choose from the PDF format or image. Users can find the July 2020 Calendar due to the fast and reliable access it gives them. The calendar lets them take note of upcoming occasions that they shouldn’t miss.

You can do more using the Printable July Calendar. So, are you ready to mark and organize your tasks? Print the July 2020 Calendar today!

You should take the opportunity to customize your July calendar from our website for free. In july many people go on a trip because July it is the middle month of the summer. You can organize your plans on July from our website without a subscription and it is ready to print with just few clicks. If you are going to plan to go on a trip, you should definitely note your plans on a calendar because people generally forget everything on vacation and they forget their duties in their daily life. To avoid yourself from the situations like these, do not forget to plan your monthly calendar from our website. Also organizations should plan their activities as well because the employees might go on a trip and should note their employees return date to avoid the situations which are dangerous for organization. 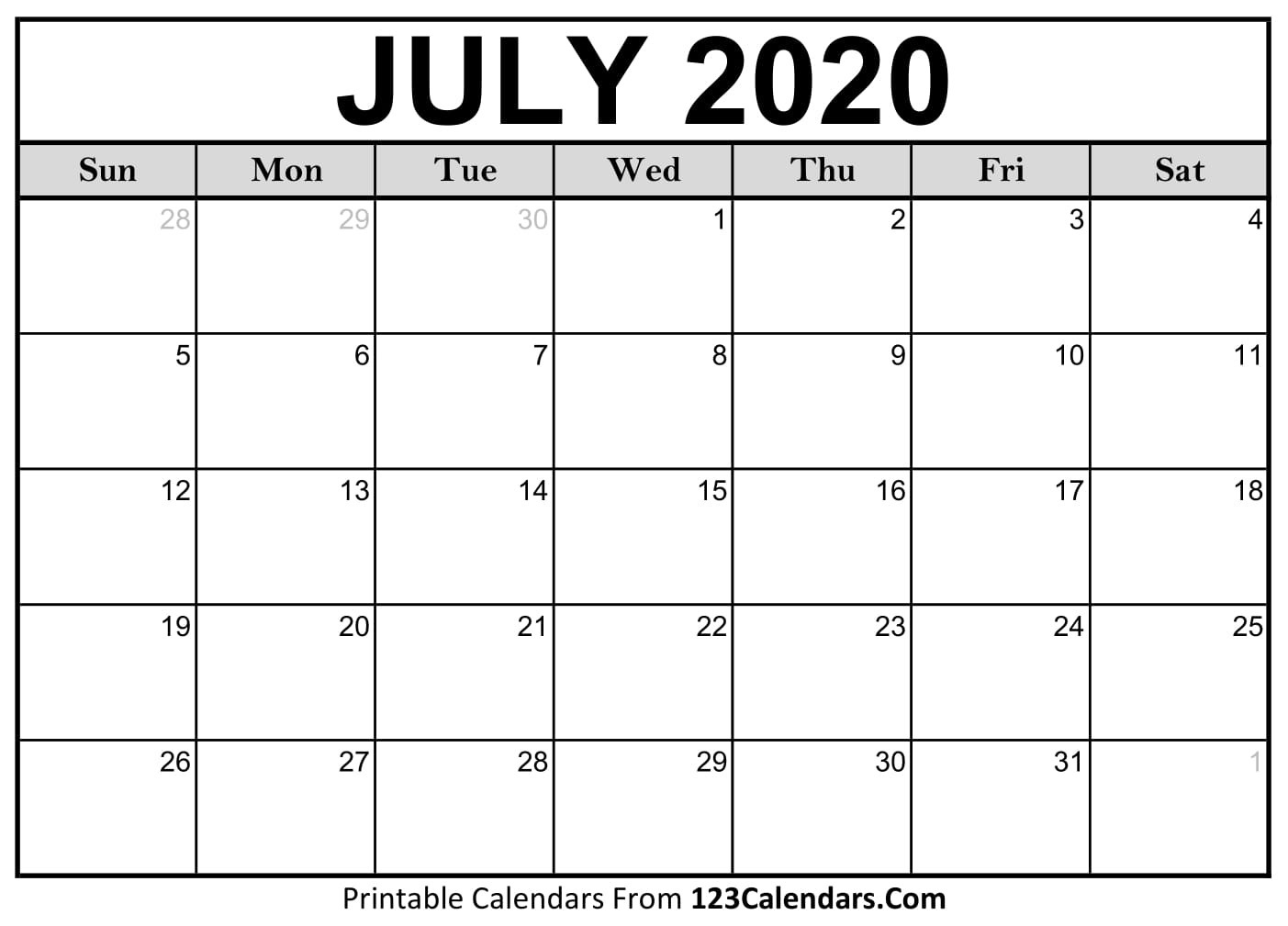 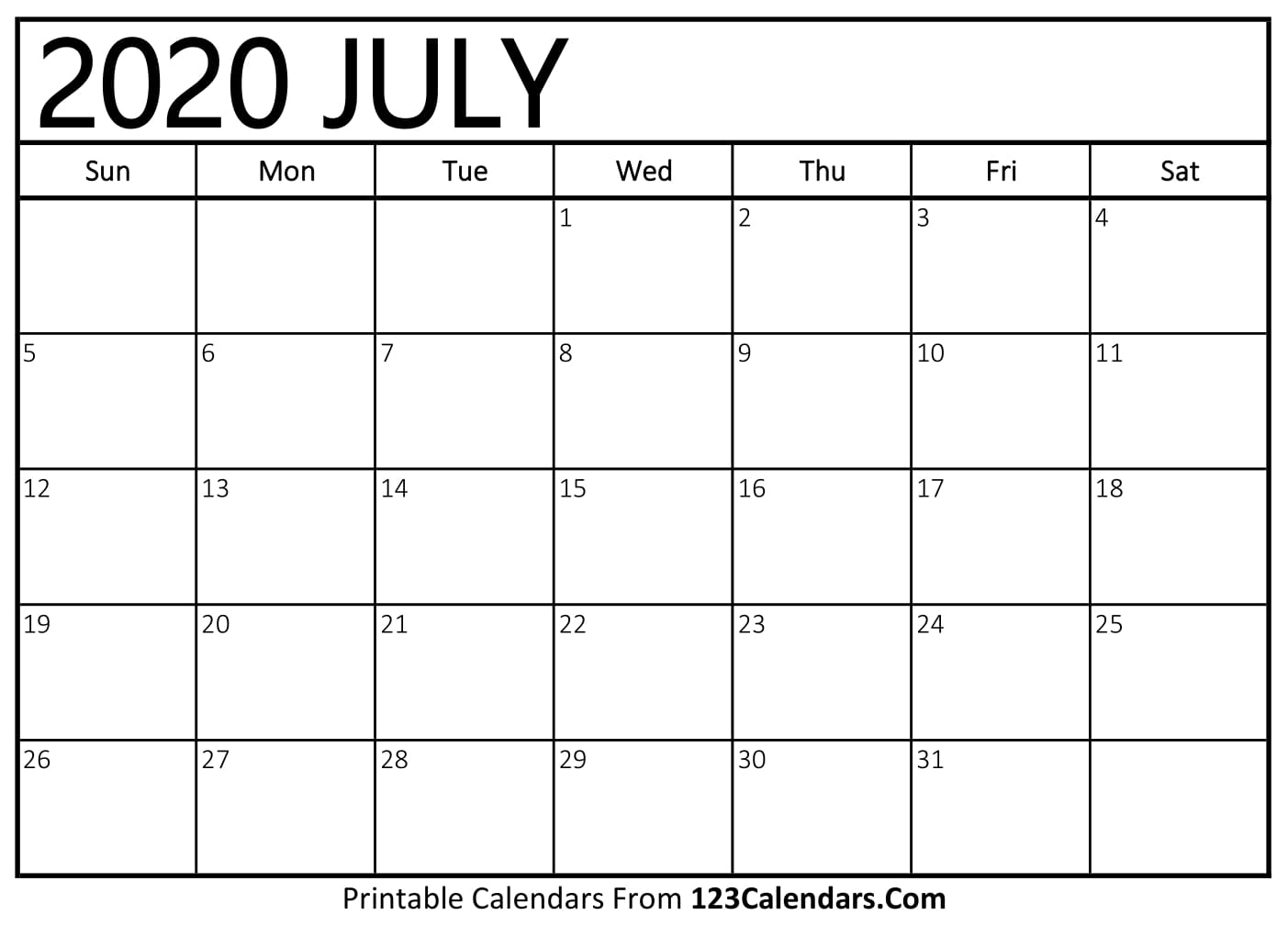 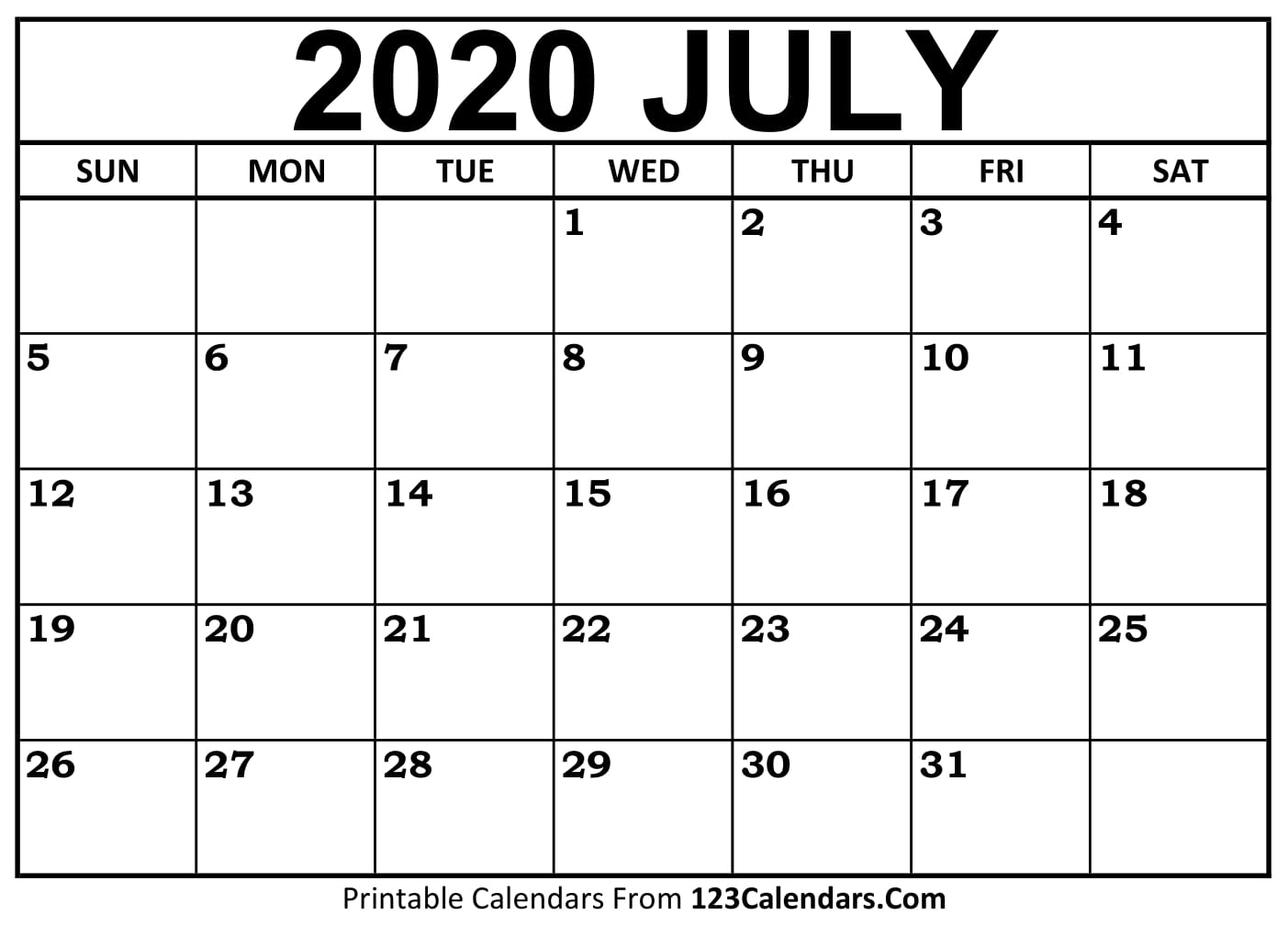 What Days Are Celebrated in JULY?

What Holidays Are in JULY?

Independence Day is the most important day for the United States and it is celebrated by both government and citizens. If you are a citizen of United States, you have to note this day to not forget and you should join the celebrations as well. But if you are from different country but planning to go on a trip to United States, you should write on your calendar this day as important. Because in this day, you might see blocked roads, festival areas and you might find yourself in a traffic jam. But if you are a citizen of USA, you should already know this day anyway.

Is There Any Special Day JULY?

It is the day which is celebrated on fourth Sunday of July and in 2020 it is going to be on July 28. Parents’ Day It is not a federal holiday but the society celebrates this day just like Mothers’ Day and Fathers’ Day. It is formalized in 1994 by President Bill Clinton to understand the importance of our parents. It is also celebrated in other countries but on different dates.

In this day, American people honor soldiers you fought against Korean Communism for the Korean people. You might see some communities who celebrate this day for Veterans from Korean War. If you are a person who wants to honor these Veterans, you can easily write this day on your calendar to not forget.